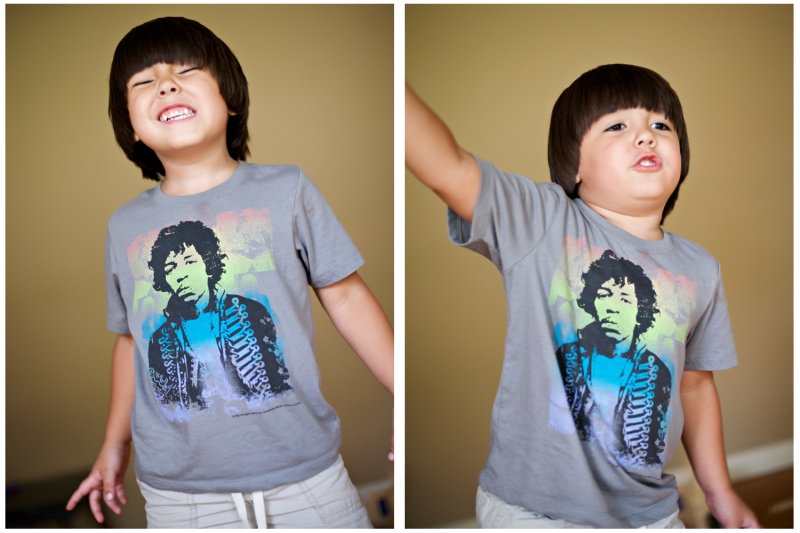 So tonight is the eve of Jackson’s first day of 3rd grade. We didn’t go back to school shopping. He doesn’t have his new snazzy clothes all laid out for tomorrow. His backpack is not sitting by the door waiting for him. He didn’t meet his teacher last week. He didn’t have a hard time going to sleep tonight because he’s so anxious about tomorrow. Homeschooling is just a “whole ‘nuther animal.” And I am really looking forward to this school year.

Mikey will be starting back to his “preschool” tomorrow. He’ll go every afternoon for three hours. I hope he doesn’t freak out. This is the same school, same classroom, same teachers as he had last school year so he’ll probably adjust fine. Phillip got him a new Jimi Hendrix t-shirt to wear on his first day. I’ll take a picture if he’ll let me but don’t count on it. He will surely look awesome. 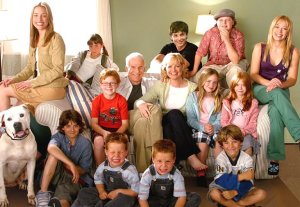 I don’t think it’s much of a secret to any of you who know us that I still want to adopt again and Phillip doesn’t. And this isn’t meant to be an “airing our dirty laundry” post. I hope it doesn’t seem that way. Neither of us is right or wrong. We’re just not on the same page about it. And that’s weird for us because we’re pretty much on the same page about most things. We both have different ideas about what we want our life to look like. And this one thing is a pretty big thing.

When I was in college one of my professors asked me where I saw myself in ten years. She was wanting a corporate answer. I told her that my goal was to be at home with my kids and that I was only getting this degree as a backup plan and that I hoped I never had to use it. Not the answer she wanted. I didn’t care because I just always wanted to be a mommy.

And now I am a mommy and I know it’s what I was made for. Am I perfect at it? No way, not even close. But I’m good at it and I want to get better at it. I don’t want twelve kids. I don’t know how many kids I think I would want. I don’t know if just one more would be “enough” or not. And I think that’s part of what Phillip is afraid of, that I would always want more. That we would never NOT have little kids in the house if it were up to me. And honestly, that may be true if I completely had my way. All I know is that we have a lot to give and there are lots of kids who need to be adopted. That’s all I know. I don’t really worry about car seats and sleeping arrangements and college.

So I hope at some point in the near future one of us has a change of heart. And it would certainly make things a lot easier, cleaner, and more convenient if that someone was me. Guess we’ll see.

So I haven’t Not Me Mondayed in a really long time. I meant to yesterday but yesterday was kind of a crazy day that I didn’t “handle” so well. It was Phillip’s first day back and we all went through a bit of withdrawal.

That being said, have you ever used your kids’ underwear to clean up a spill? Embarrassed because you ate potato chips for dinner? Proud of your kid for trying and failing miserably to wipe his own bottom? Yeah, me either. And that’s what “Not me Monday” is all about…plausible deniability.

Alrighty, I did not try to send myself an e-mail only to realize later that it went to a friend of mine who happens to have the same first and last initials. I didn’t do that because I don’t send e-mails to myself all the time to help me remember things. My brain is like a steel trap. Writing things down and e-mailing them to yourself is only for the feeble minded.

I also most certainly did not find a $20 bill in our toilet yesterday that the beautiful mischievous child put in there. I didn’t then take it out and wash it off with soap and then try to get it out of my house with the babysitter. The babysitter didn’t opt for a check rather than taking the toilet twenty. Nope, not me.

We haven’t started washing Mikey’s mouth out with soap at least twice a day for saying “bad words.” Nope, not us. Not our angel child. He’s perfect and requires little to no discipline. He hasn’t gotten so used to having his mouth washed out with soap that today he just decided to do it himself so he could be in charge of the situation. Um…no. And I definitely DO NOT kind of enjoy putting soap on his tongue. I don’t almost laugh every time I do it because it’s just so funny! That’s terrible! And while I’m on the subject, Mikey has not gotten his mouth washed out for saying “crazy jerk” which he DID NOT learn from me. 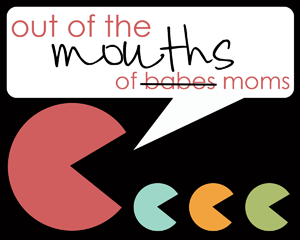 “Oh please! That is just a tiny little scratch. You don’t need a band aid for that, sissy boy.”

“It’s called a hamper, not a pantry.”

“Get your naked booty off of my pillow!”

“If you eat or drink anything else your belly will explode.”

Confession: I am getting/have/have had for I don’t know how long… a muffin top. It is not cute. I’m working on making it go away. I am trying to cut back on sugar. I’ve gotten up three mornings this week at 6 freaking a.m. to walk. And I’m trying to drink more water and just eat healthier in general. And that’s about all I’m trying at the moment.

Shooo…I feel so much better now having confessed to that fact. If you have no idea what a muffin top is, first of all, where have you been? And secondly, this is what it is. See…not cute. This is not my muffin top. Not yet anyway.