Yes, I know this is kind of late in the day on Friday but it is still Friday. My friend, Lindsey sent me this picture of a waterfall from one of their camping/hiking trips to…?? somewhere. Anyway, here is the original.

As you can tell, it’s too dark and really doesn’t do justice to the beautiful scene.

So first I sharpened up the image a little bit. Then I did some tricks to brighten the picture while still keeping the sky in the background blue and not overexposed. I also brightened up the foliage some by adding a new layer in photoshop and painting some light green over the areas I wanted to be brighter. Then I used that layer as an overlay to the original picture. There were a few spots that were kind of noisy once the picture was brightened up. I used noiseware to take care of that. I also whitened and brightened the water. So here’s the picture after those things were done. 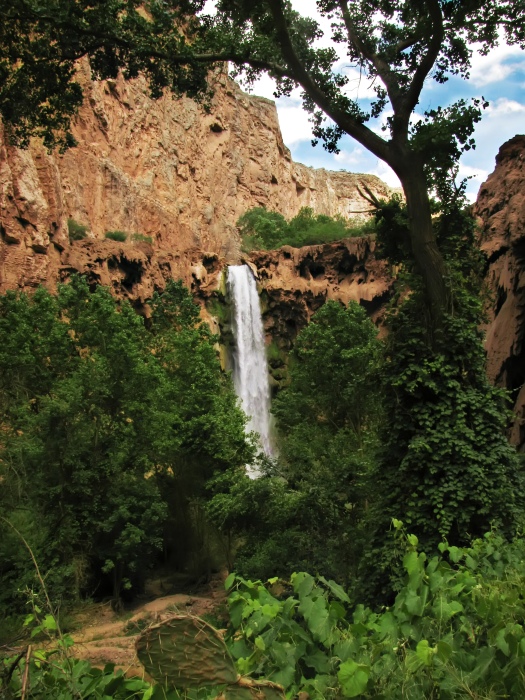 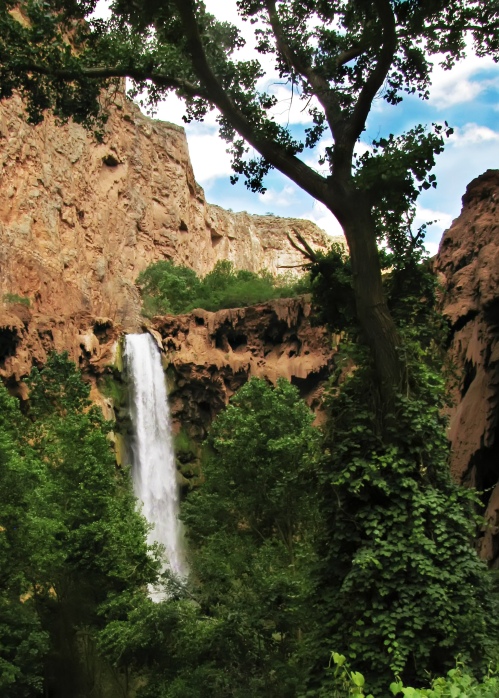 And then I also did a black and white conversion.

So thanks for playing along, Lindsey!! I’ll e-mail these back to you and you’ll have a pretty new picture to add to your scrapbook.

If you want me to try my hand at fixing one of your photos, send it to jhintze@jhintze.com and I’ll see what I can do. Happy Friday!

I came across this blog from some other blog that I visited. I like the idea of fixing up photos and showing the before and after. But I want to fix the photos that I chose to fix, not the photos that this blog assigns you to fix. So I stole their idea of fix-it-friday and made it Friday Foto Fix.

Do you want to play? Send in an unedited photo to jhintze@jhintze.com and if I chose yours, I’ll do my best to fix it. On Fridays I’ll show the before and after on my blog and give sort of a rundown of what I did to it. But I can’t fix just any photo. It needs to be basically in focus to begin with and not totally overexposed or flashed out. Send it to me large or in full resolution and after I’ve “fixed” it, I’ll send it back to you. Cool? So get started. Send me your unfixed fotos and lets see what I can do with it.