I’m sure you’ll remember this picture…..

Today while the rest of us were taking a nap, Jackson watched some Wolverine and the X-Men cartoon. And he made this out of foam. Pretty impressive.

The back of it 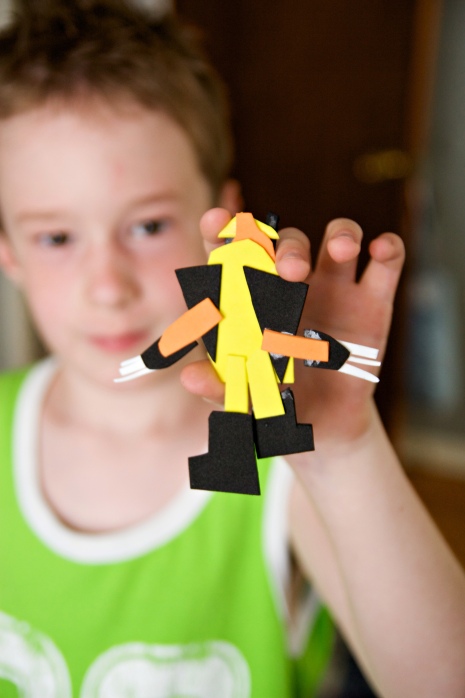 He hasn’t seen the actual Wolverine movie by the way. And he won’t be seeing it so I’m not exactly sure what has peaked his interest in the X-Men all of a sudden. After he made this he said that if he grows up to be a video game designer he’s going to make a game called “Foam Wolverine.” Whatever dude.